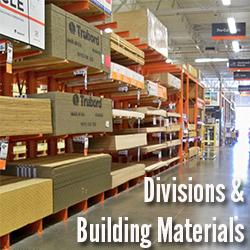 1 Corinthians 3
1 Brothers, I could not address you as spiritual but as worldly--mere infants in Christ. 2 I gave you milk, not solid food, for you were not yet ready for it. Indeed, you are still not ready. 3 You are still worldly. For since there is jealousy and quarreling among you, are you not worldly? Are you not acting like mere men? 4 For when one says, "I follow Paul," and another, "I follow Apollos," are you not mere men? 5 What, after all, is Apollos? And what is Paul? Only servants, through whom you came to believe--as the Lord has assigned to each his task. 6 I planted the seed, Apollos watered it, but God made it grow. 7 So neither he who plants nor he who waters is anything, but only God, who makes things grow. 8 The man who plants and the man who waters have one purpose, and each will be rewarded according to his own labor. 9 For we are God's fellow workers; you are God's field, God's building.

This is the first iteration of this idea. Paul called the church in Corinth “worldly” because they knew who Jesus is but were not willing to grow on purpose. “Growth” in their mind was about status...it was in this instance, about who was “pastoring or discipling” them. They were intentionally posturing themselves to avoid transformation. Paul is clearly laying out the fact that Christian growth must take place in an “on purpose” kind of way. If we are not pursuing a deeper life in Christ on purpose, then what we are experiencing is not really growth. Instead we adopt the religion of self-reliance...perhaps because it is easier to pick-up and maintain our personal sense of control. We tend to be comfortable with this scenario because we can be challenged like a "good" Christian should be by the word of God without surrendering total control to Him. Growing, as a Christian, is not so much about who is discipling or pastoring us so much as it is about a measurable sense of progress in us.  This occurs as a result of intentionally yielding ourselves to the process of God building us.

• Are you more like Jesus today than you were yesterday?

• What are you doing to position yourself so that God can build you daily?

10 By the grace God has given me, I laid a foundation as an expert builder, and someone else is building on it. But each one should be careful how he builds. 11 For no one can lay any foundation other than the one already laid, which is Jesus Christ. 12 If any man builds on this foundation using gold, silver, costly stones, wood, hay or straw, 13 his work will be shown for what it is, because the Day will bring it to light. It will be revealed with fire, and the fire will test the quality of each man's work. 14 If what he has built survives, he will receive his reward. 15 If it is burned up, he will suffer loss; he himself will be saved, but only as one escaping through the flames. 16 Don't you know that you yourselves are God's temple and that God's Spirit lives in you? 17 If anyone destroys God's temple, God will destroy him; for God's temple is sacred, and you are that temple.

This is the first reiteration of the idea that, we are being built; first stated in verses 1-9. There are consequences for building our foundations with faulty material. It is important that we allow the Holy Spirit to check our hearts daily. It is important that we posture ourselves for God to examine our hearts and inspect the stuff that our lives are being built out of.

• Is it Kingdom material...or worldly stuff?

• Is God our builder or are we attempting that ourselves, or is it the world around us?

• Examine yourself both spiritually and sociologically. Is your worldview ultimately shaped by the influences of the world or from Jesus? Which party are you giving the most opportunity to build you?

Faulty materials always result in foundational cracks and crumbling. These things lead to division within the church.

Divisions Within the Church Body
When too many within the church are about the personal preferences of themselves and/or others and not the heart, presence, and business of God and His kingdom unity is impossible.   Living in a land governed by our preferences makes us double-minded and double-tongued. When we live for preference we end up looking like the Kingdom with out being marked by the transformation that "Kingdom living” generates [Kingdom living is living according to the governance of Christ rather than the that of the world].

Divisions Within the Individual
When an individual within the church operates to satisfy the preferences of men and not the heart, presence, and business of God and His kingdom, unity is impossible for that individual. It is impossible for him or her to be effective in the Kingdom...because they exist in a state of double mindedness, two faced, where they look and think like a Christian (to some degree) as long as they are around other Christians; but as soon as they are away and in the world they look and think like the world. They are literally destroying “the temple” [“the temple” is their physical and spiritual being] by pulling it in two directions at the same time.

Do not side with the enemy...allowing him to build you into someone whose life is in direct defiance and rebellion against the things of God. It is anti-God to live in a posture that is in near proximity to godliness while refusing to be transformed by the work of the Holy Spirit and the disciplines of discipleship.

18 Do not deceive yourselves. If any one of you thinks he is wise by the standards of this age, he should become a "fool" so that he may become wise. 19 For the wisdom of this world is foolishness in God's sight. As it is written: "He catches the wise in their craftiness"; 20 and again, "The Lord knows that the thoughts of the wise are futile." 21 So then, no more boasting about men! All things are yours, 22 whether Paul or Apollos or Cephas or the world or life or death or the present or the future--all are yours, 23 and you are of Christ, and Christ is of God.

The second reiteration...in other words...folks THIS-IS-IMPORTANT. Check your posture and examine your building materials. Don’t pretend that the lies of the enemy are as good as the truth of God’s Kingdom. The only person you are fooling is yourself. Do not pretend that you are in the Kingdom being created by the King when the fruit...the evidence...declares just the opposite to everyone around you. So often we are not aware of the fruit our life produces but everyone else is.  Even if the fruit is the result of things done in the privacy of our home or our minds, the fruit is still apparent.

Not only do we look foolish in this setting  - because we deceive ourselves, but we allow the enemy to transform our minds into that of a fool’s because we have willingly agreed to convince ourselves that the darkness of sin and deception are better than God’s truth and light. As believers it is imperative that we recognize that our stake or position is in the Kingdom of God and not in this world. To sum things up, no matter who is discipling you or who your pastor is, what material or movement you are into at the moment...let God build you His way. In short, “You better check yo-self, before you wreck yo-self.”

Your Emmanuel
Proverbs 18
Missions-What's Yours